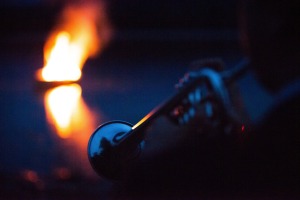 Cemeteries are peaceful places that I have always admired. I have been to cemeteries number of times and twice during the past two years.

The term graveyard and cemetery are often used interchangeably. Graveyard is the older of the two terms. Graveyards used to be burial grounds adjoining the church where people preferred to be buried. With the population explosion or in other words the rising number of the dead, graveyards moved away from the church to outskirts of the city and became cemeteries.

It is interesting sight and sometimes funny to watch corpses being carried in sitting position and carried in a procession. The corpses are decorated with colors, fancy clothes and sun glasses among other things.  All along the funeral procession, drummers and instruments are played artfully and there are dancers. The dead body is the central part of the procession.

Cycling was fun during school days and I regularly roamed with my friends in the streets of Bangalore. The roads were quieter those days and we preferred to explore large, deserted areas. We regularly took a route through a cemetery.  I remember the day when my friend had a flat tyre. It was 6:30 in the evening and we decided to push our bicycles through the cemetery. The passage through the cemetery by walk in dead silence will take about 20 minutes.

As we were nearing the middle of the cemetery, we could hear noises. A group of men with long tubes around their necks rose from the middle of the graves. One of them looked at us and shouted ‘police’ and started running in panic. We could see some more men rising from the graves with tubes around their necks and running. We too started to run in panic as we pushed our bicycles harder to get out of the cemetery. Later we learnt these men brewed arrack (a local version of illicit liquor) and poured them into tyre tubes for transportation. The police are always on the lookout for such illicit brewers. The cemetery seemed to be a perfect place to brew in dead silence for the illicit brewers.

During the late 80’s, I had to attend the funeral of my first cousin who had died in an accident. It was a sad moment for his family. He had two young children. I still remember one of the boys pestering me to play with him without realising his father was dead. I traveled to the cemetery to support the family during the final rites. My cousin’s body was placed on the floor with the feet facing south.  The eldest son sat on the floor.  The pyre engulfed the body amidst chanting of Vedic hymns. I stood near the pyre for about an a couple of hour watching. This is an experience in itself. A sort of calmness sets in.

During my Executive MBA course in early 2000, the first assignment was to write the obituary. Obituary writing was a popular assignment. Writing your own obituary is a way to figure how you want to live life. It’s like placing your funeral first and life behind. I don’t remember what I wrote and still searching for my obituary script in the archives.

My father died two years back. He lived a simple and happy life. It was quiet and meditative atmosphere at home as his body lay in the living room. We later carried his body to a cemetery closer to home in Bangalore for the final rites. The cemetery was in the middle of the noisy, chaotic Bangalore city. Inside the cemetery was a different atmosphere altogether. The cemetery seemed serene in the midst of the noisy city.  Few boys were playing and a small group of people sat, sipping tea.  Life seemed be as usual.

After finishing the final rites, I returned home to be back again the next day to collect the ashes. I was looking forward to this second visit to soak in the environment. Later, I drove to Sangam in Srirangapatna to immerse the ashes in the confluence of the three holy rivers Kaveri, Kabini and Hemavati, Overall it was a wonderful experience.

I had recently ordered from Amazon “A Message beyond Words, the illusion of death and the reality of living” by Osho. This is Osho’s insights on Kathopanishad that describes the story of Nachiketa who is sent by his father to meet Yama, the Lord of Death. Nachiketa through his sincere questions learns from Yama the deepest secrets of death and immortality. Osho’s deep insights brings tremendous clarity to an inevitability that touches all living beings. In his own words, Osho describes that death is not against life, it is part of life and to be able to celebrate life we must also be able to celebrate death.